Christmas Day proved busy for those staffing the Station through the holiday.

At 02:24 Engine 18 handled a Fire Alarm in an Apartment Building at the Garrison Apartments.

At 07:55 Engine 18 responded to a House Fire in Collins Park. The assignment was quickly reduced and units operated 20 minutes before returning to service.

At 09:18 MRU18 and 18M2 responded to River Rd south of Dobbinsville for a Vehicle in Floodwater. The crew found 1 person stranded in a vehicle in approx. 3 ft of water. The crew rescued her and her Christmas presents. TMC was advised of the conditions, and the Road was closed.

At 09:57 Ladder 18 responded to a House Fire in the Chelsea Estates development. The crew completed searches, and found a fire in the crawlspace. The fire was extinguished and damage was minimal. The crew operated for 1 hour before returning to service.

At 14:15 Engine 18 handled a Fire Alarm in the Bayview Manor Neighborhood.

At 15:07 MRU18 responded to River Rd for another Vehicle in Floodwater. 2 Occupants and their dog were rescued.

At 15:27 Engine 18 handled a Fire Alarm in the Jefferson Farms Neighborhood.

At 15:39, Engine 18 was responded to an Apartment Fire in the New Castle Crossing Complex. Responded units found a Culinary Mishap and the situation was placed under control quickly.

At 22:17 MRU18 again responded to River Rd for a Vehicle in Floodwater. The crews searched 2 vehicles in water. The occupants had abandoned their vehicles and did not mark them, so Technicians had to enter the water to search them. The vehicles were turned over to NCPD for removal. 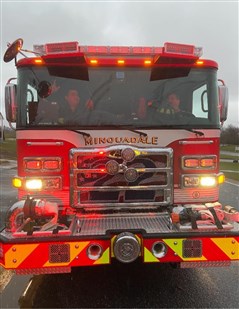 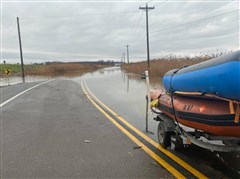 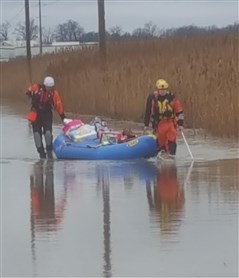 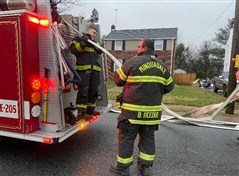 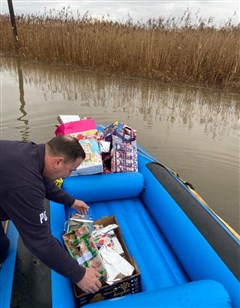 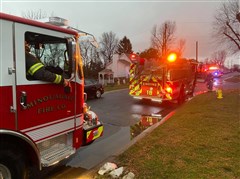