Overnight, Squad 18 assisted Holloway Terrace Fire Co. at a reported house fire in the Collins Park Community. Chief 20 arrived and reported a smoke in the residence from a dryer fire. Squad 18 arrived, split laid a supply line from the bottom of the street, and stretched a handline. The small fire was extinguished by the homeowner prior to arrival. The assignment was held to Squad 18 and Engine 20-4.  Later in the morning, Squad and Chief 18 along with mutual aid units responded to a report of smoke in the building at Colonial Village Apartments. Upon arrival, the crew from the Squad established their own water supply, deployed a handline, and placed ground ladders. The reports of smoke were unfounded and u it’s cleared shortly after. 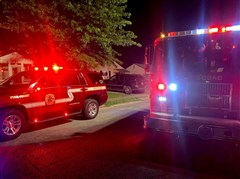 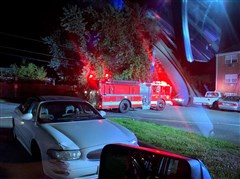