Today is the end of a twenty year era in New Castle. Rescue 18 had been officially sold to the Pitcarn Fire Company of Pennsylvania.

Rescue 18 was purchased in 1994 and delivered in July of 1995. The Rescue was equipped with state of the Art Holmatro rescue tools, rope rescue and water rescue equipment, along with all of the necessary equipment to be classified as a pumper and conduct fire fighting duties. The Rescue served the fire company and the community well over the last twenty years. Rescue 18 is being replaced by a 2016 Pierce Pumper that we will be taking delivery of in the next few days. Crews will be training on the new engine over the next month before it being placed into service. To replace Rescue 18, Engine 18-3 has been undergoing a conversion in the last two months and will soon be redesignated as Engine 18-6 and will carry our vehicle rescue equipment much like Rescue 18 did.

We wish Pitcarn Fire Company the best of luck with their "new" rig! 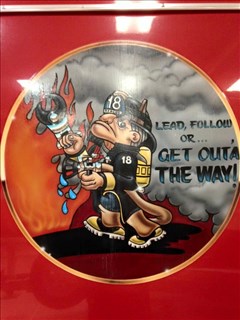 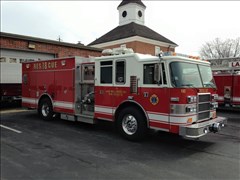 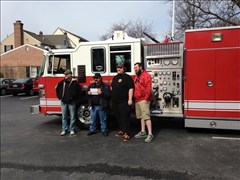