Ladder 18 was purchased by the fire company in 1996 and is still in service today. The truck features a 105' heavy duty aerial that sets it apart from most aerials. Ladder 18 is designed to seat and equip 8 firefighters including a driver, officer, and six crew members with SCBA's, portable radios, flashlights, and hand tools for each member.

The primary function of the ladder company on the fire ground is search and rescue and ventilation. To conduct these tasks, the truck carries a wide array of equipment. The ladder carries a thermal imaging camera as well as search ropes for conducting search and rescue in both residential and commercial occupancies. Additionally, the ladder carries a wide array chainsaws designed for cutting residential roofs as well as tree's or general lumber as well as two heavy duty rotary saws that are set up to cut metal and concrete and heavy timber roofs respectively. Along with the previously mentioned equipment, the ladder is set up with a wide variety of hand tools to accomplish tasks such as forcible entry, ventilation, and overhaul on the fire ground. Finally, the ladder is equipped with over 184' of ground ladders.

In addition to the standard fire ground duties of the ladder, the truck is designated as the primary Rapid Intervention Team, or RIT, unit for the fire company. The RIT comapany is added anytime a report of a condition is given (smoke or fire showing) in new Castle County. Their responsibility is to stand by and take proactive actions on the fire ground to ensure both firefighter safety as well as creating numerous access and egress points to make access to or remove injured or lost firefighters from the building.  The ladder is set up with the GWFC RIT bag, RIT bottle, and various other tools pre loaded into the stokes basket for easy and quick deployment.

Finally, Ladder 18 is equipped with a full compliment of rigging equipment and rescue rope along with full body harnesses to respond to high or low angle rope rescues in our district as well as the surrounding districts. 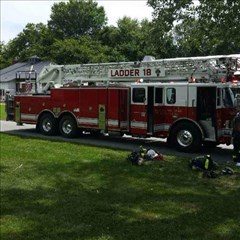 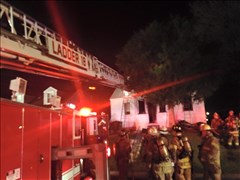 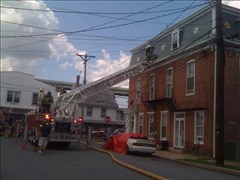 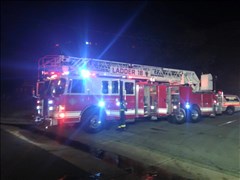 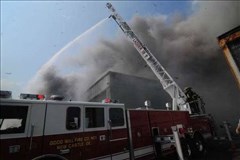 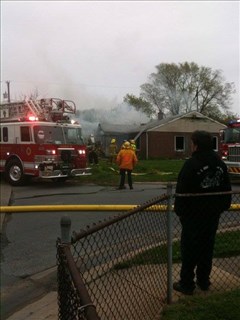