Back to Back Working Fires for the Engine
Monday, November 20, 2017

At 0300 Monday morning, Engine 18 was alerted for an Engine assist Christiana on a Mobile Home Fire at the Delhaven Dairy Farm off of Christiana Road. Engine 18 made a quick response. Upon the arrival of Engine and Ladder 12, the crews found fire showing from the home. Due to its location on a farm setting, there were no close fire hydrants. Engine 18 arrived as the second due engine and set up to supply our tank water to Engine 12. The crew from Engine 18 then stretched a second line from Engine 12 and operated as the back up line. The fire was quickly brought under control.

While picking up from the fire, a second box alarm was dispatched in Christiana in the Wellington Woods Community. Command 12 cleared Engine 18 from the first box to respond to the second. Ladder 17 (covering Station 12) arrived first due to find fire showing from the rear of a middle of the row townhouse. Upon Engine 18's arrival, the crew was assigned a secondary search by Command 6. Once completed, the crew assisted with overhaul and picking up before clearing. 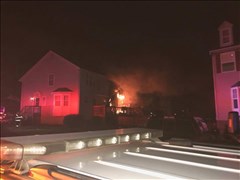 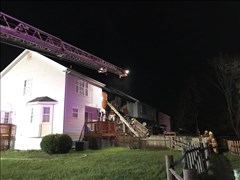 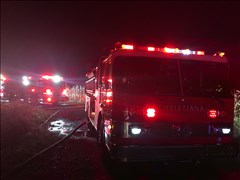 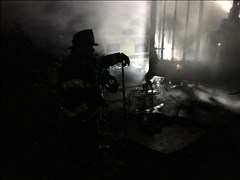 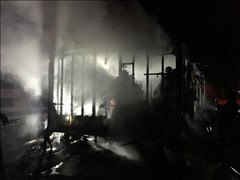