Just before midnight, Good Will and mutual aid units were alerted for a structure fire on the unit block of Jaquette Square. Engine 18 and Chief 18-8 responded and arrived first. Chief 18-8 reported a two story home with smoke showing. Engine 18 secured their own hydrant in front of the house and the crew stretched an attack line. While the crew was stretching, the Engine 18 officer reported fire showing from the rear corner of the home. The engine crew pushed into the smoke charged basement to find a fire in the electrical panel that had extended up the walls. The crew extinguished the surround fire and kept the fire in the electrical panel in check until the power could be secured. Engine 22 arrived and stretched a second handline to the rear of the house to extinguish the fire on the outside and check for further extension. Ladder 12 arrived and completed searches in the house which all proved negative. The incident was quickly brought under control and units were made available. During the incident, Engine 15, Ladder 17, and Ambulance 29 covered the district. 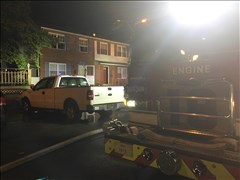 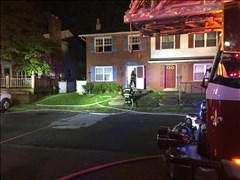 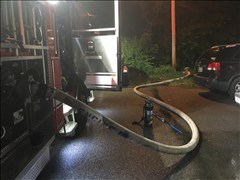 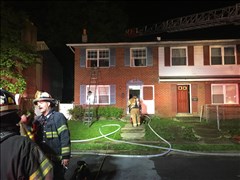