Squad 18 is the rescue engine for Good Will. The Squad features a 1250 GPM pump, 500 gallon water tank, a truck mounted Onan generator that powers two 200' cord reels as well a Wil-Burt light tower. Additionally, the unit has three preconnected hose lines: a 200' and 300' 1.75" minuteman off of the rear as well as a 100' trash line on the passenger side pump panel. There is also an alley/courtyard set up that features 450' of 2.5" finished with 100' of 1.75" hose. Finally, the Squad  carries 1200' of 4" supply hose. The unit also features a full array of engine company appliances.

In addition to the basic engine company equipment, the unit carries a wide array of other tools. The Squad  carries a full set up of vehicle rescue equipment to include a Holmatro power unit and spreader and cutter, two Holmatro rams, Junk Yard Dog stabilization struts, a glass master and cribbing making it able to handle motor vehicle crashes in our district. Also, the engine carries a GWFC RIT bag and bottle giving the unit the ability stand by as the RIT company on an incident. Squad 18 carries a Cutters Edge chain saw and rotary saw used for vertical ventilation and forcible entry respectively. Along with all of the other equipment, the squad also carries personal flotation devices (PFD's) and throw bags as well as two Stearn's ice rescue suits. Finally, the Squad carries a basic set up of EMS gear to provide patient care at a fire scene or on a medical incident before the arrival of EMS resources.

Squad 18 was previously identified as Engine 18-3. In 2016, the unit was redesignated and re-equipped as the rescue engine after selling Rescue 18. 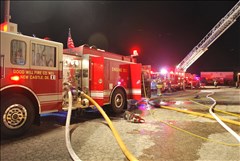 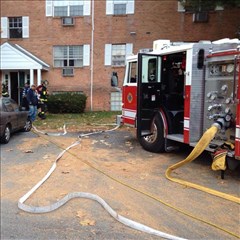 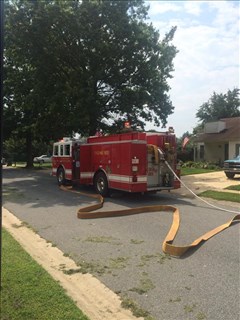