~~The 1919 Ahrens Fox Pumper was originally purchased by the Good Will Fire Company No. 1 on June 21, 1918 with an expected
delivery time of 180 working days. The unit, an Ahrens Fox, MK-4 registration number #861, was delivered on March 17, 1919, on
a railcar to New Castle. The “Fox” is easily recognized by the silver sphere atop the 4 cylinder piston pump. The Ahrens Fox was
and is considered the Rolls-Royce of fire equipment. The “Fox” stayed in service in New Castle until the mid 1950’s. It not only
served the New Castle area, but the surrounding areas, and as far away as Baltimore Maryland, where it was shipped by rail car
with its positive displacement pump and ease of operating its 750 gallon per minute pump, known as a “marvelous water moving
machine”. In the mid 1980’s, the fire company seriously looked at having the “Fox” restored and in October of 1986, the “Fox” was
loaded on a tractor-trailer and transported to Fire Fly Restorations in Jonesport Maine. Over the next several years, Mr. Andy Swift
worked painstakingly over the “Fox”, and on December 21, 1990, it was returned to the Good Will Fire Company. On September 1991 the “Fox” led the 1991 Delaware Volunteer Fireman’s Convention Parade through New Castle, and is currently on Display for all to view at the station. 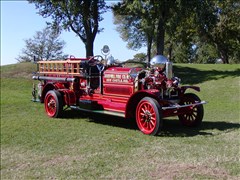 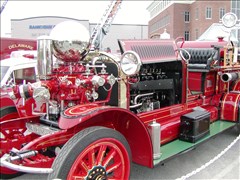 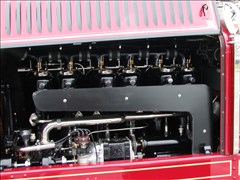 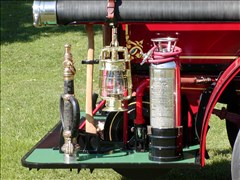 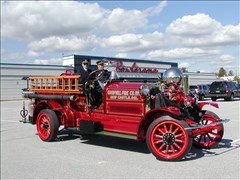